Didn't think I'd be making this kind of post today...

General SCP Unity related discussions and topics. Anything related to the game is allowed to be posted.
Post Reply Previous topicNext topic
5 posts • Page 1 of 1

So, I joined the SCP Unity discord, right? Thought it was kind of cool that there was one and all. Saw that there was an anti-raid plugin and decided "Okay, may as well verify myself". Did that, and did phone verification too, with one question in mind- would it be better to install it on Linux, or Windows, as I happen to have both installed on this system... I was given a brush-away answer that someone didn't know, so I decided I'd try Windows. Unimportant...

I move to go download the game, and as it was near finishing, I get kicked from the server. Noticeably so, as well, seeing as I had left the #general chat open. I move to rejoin the server, and am greeted with this lovely message. 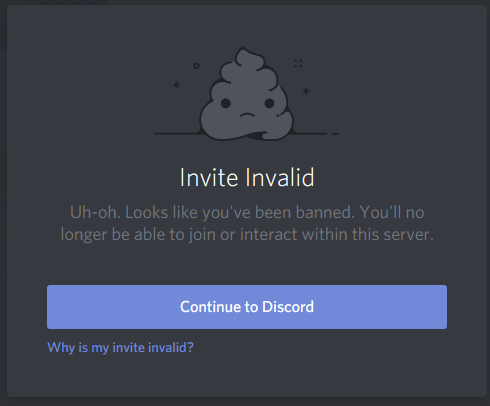 I'm sorry to say that there's no appeal to be had here because I am 100% unaware of what I've done wrong... There were no DMs given, no warnings... I joined, sent one message, and was banned for it. What gives? Does someone have a personal issue with me they'd like to talk about, or was I misclicked, or do I somehow not meet a requirement that I missed?

It is my knowledge, as a longer-time discord user, that bans have changed, and once done, are no longer reversable once put in place, even if the ban is revoked on the server, as it is an IP ban and cannot be removed in any way... If this has changed, I'm more than willing to come back, but... This is strange, to say the least.
Top

As is my luck, this was intended for Off-Topic, but was placed on SCP-Discussion when I submitted the post. If anyone has a problem with this being here, they are more than welcome to move it to Off-Topic.
Top

Hey, you probably got caught in our ultra aggressive anti-raid at the moment, feel free to rejoin as we have unbanned you. Sorry about that! Although it's a bit weird you say you're a longer time discord account when you've only had that account for 3 days.

Apologies, my main account has run completely out of guild space. This user should have joined and then left the server rather quickly a few moments before that account did. Sorry for the inconvenience! Been a user since basically 2016! 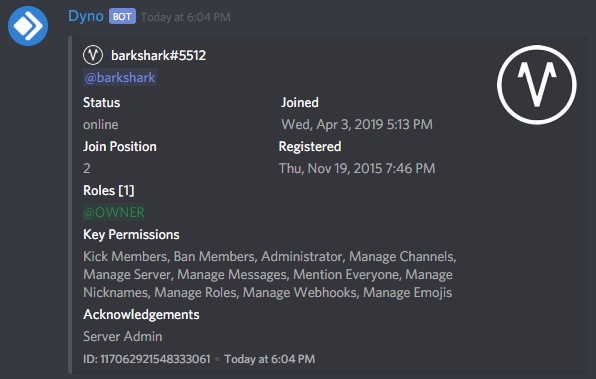